8 Ways DTiQ Defeated Theft and Fraud for Our Customers

Year after year, restaurants find themselves as victims of theft and fraud. Here at DTiQ, we offer a comprehensive solution that tackles all your problems. We keep you feeling safe and protected on all fronts. Here are 8 ways we’ve already thwarted theft and identified fraud for our customers. 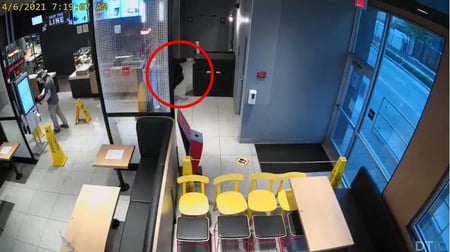 One of our Mcdonald’s customers in Louisiana had an older patron slip and fall after she received her tray of food. Upon the initial review of the video, the attorney saw a wet floor sign in the area and used that as evidence to support the claim that the floor was wet and not properly dried and filed for 300,000 dollars in damages. With the capabilities of DTiQ’s 360iQ system, the McDonald’s legal team was able to do a deep dive and found the video from a different camera angle which showed the napkin falling off the tray and her fall was caused by her slipping on that napkin. The McDonald’s team won, the claim was thrown out and simply covered their own attorney costs. 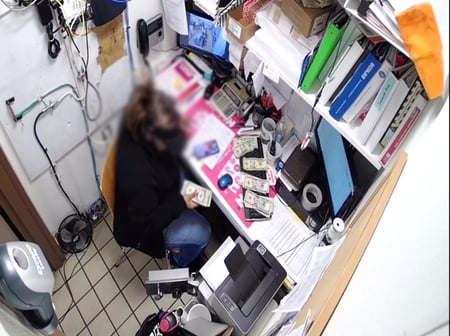 The manager at a Dunkin Donuts in Cambria County, PA is now facing more than 12 charges after stealing from the business. The manager was confronted by a Dunkin regional manager about missing bank deposits, but the manager denied any allegations. Upon further internal review, using the store’s 360iQ system, they were able to investigate and compile videos that proved the manager’s wrongdoing. That evidence is what allowed the Dunkin team to submit for restitution for the 2,000+ dollars stolen. 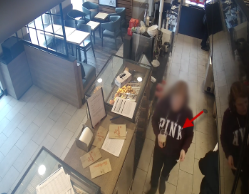 Using DTiQ’s SmartAudit Services, a Tim Hortons manager in Buffalo, NY was able to view video footage of an off-duty employee coming in to pick something up from the office and then make themselves a beverage and leave without paying for it. This store’s policy is that employees are only entitled to meals/beverages per the employee meal policy while on duty.  Using the video footage integrated with the POS data, the manager was able to determine that the employee did not pay for their drink and therefore stole the product. 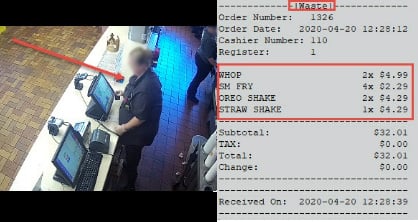 Using DTiQ’s SmartAudit Services, the management team of a Burger King in Phoenix, AZ was able to tell if employees were following loss prevention procedures and if they were ringing out all transactions correctly.  Our auditors review all transactions include those rung in as end-of-shift wasted product. In this example, while reviewing our auditor determined the transaction was not actually waste and was instead a product that was handed over to a customer at no cost. When reviewing the video footage - an employee was clearly seen handing a customer (who appeared not to pay) 2 sandwiches, 4 fries, and 3 shakes. Integrating with more video footage and PoS data, that same employee was found to be logging the same items at the register as waste items, not as a sale. When this Popeye’s manager first started, he realized how much theft was happening by his employees. Within his first 6 months, he terminated 2 employees for stealing. Once the 360iQ system from DTiQ was installed including video management and PoS integration, he was able to send detailed reports of all potentially fraudulent transactions back out to the store.  The theft stopped immediately when people recognized how consistent the 360iQ surveillance system is.

At KwikChek360, the District Manager’s Laptop was stolen from the store. Using DTiQ’s 360iQ Video Management platform and historical video review, they were able to find footage that not only showed the theft occurring but also an identifying shot of the thief and their vehicle. The camera quality allowed for the Department of Transportation Vehicle number to be identified and tracked down by law enforcement. The evidence was gathered and given to the Police Department for further investigation - all within just hours of the theft occurring!

7. Stopping a Break-In As Soon As Possible 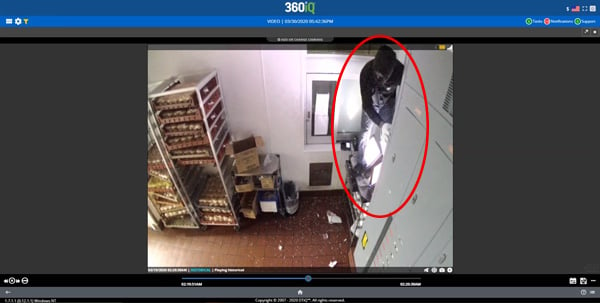 With 360iQ by DTiQ, owners and operators are able to receive alerts regarding motion detection. Whenever any sort of motion is detected by the system, a notification will be sent to the owner and they can look at live footage of their store. This alert system helps owners immediately identify a robbery and take swift action to protect their store and belongings. 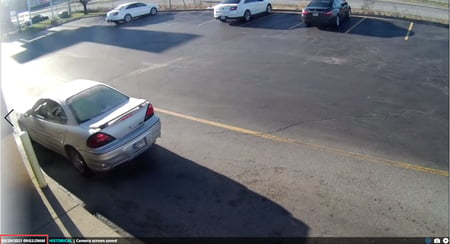 DTiQ’s 360iQ system at a Dunkin’ location was able to identify the same car running through the Drive-Thru line over and over again. Using the camera data and transaction analysis, it was determined that this was a planned attempt to send someone through to improve drive-through speed of service time for that shift. Using the Point of Sale data, DTiQ was able to pick up on more than 100 transactions over the course of a week, all associated with the same vehicle. This was done to drive down the average drive-thru speed of service and make the location in the correct range for a bonus. With this information, the DTiQ customer success team will be able to train the employees at the store, even set up special alerts for managers so they can be alerted whenever one of these transactions is made again.

With the accuracy and integrability of DTiQ’s 360iQ system, we have been able to save our customers from losses of thousands of dollars due to theft and fraud. DTiQ prides ourselves on keeping our customers safe and happy. Our customers are our number 1 priority.

Protect your locations with DTiQ.

Book a demo to see how much you can save!